It was our first time to the Pacific Northwest and by the time we left we were talking about buying property here; it is so beautiful! We rented a cottage for Fourth of July weekend on Orcas Island, Washington. In order to get there from California we took a plane from LAX to Seattle, two buses from SEATAC airport to the ferry landing, and finally a huge ferry to Orcas Island. 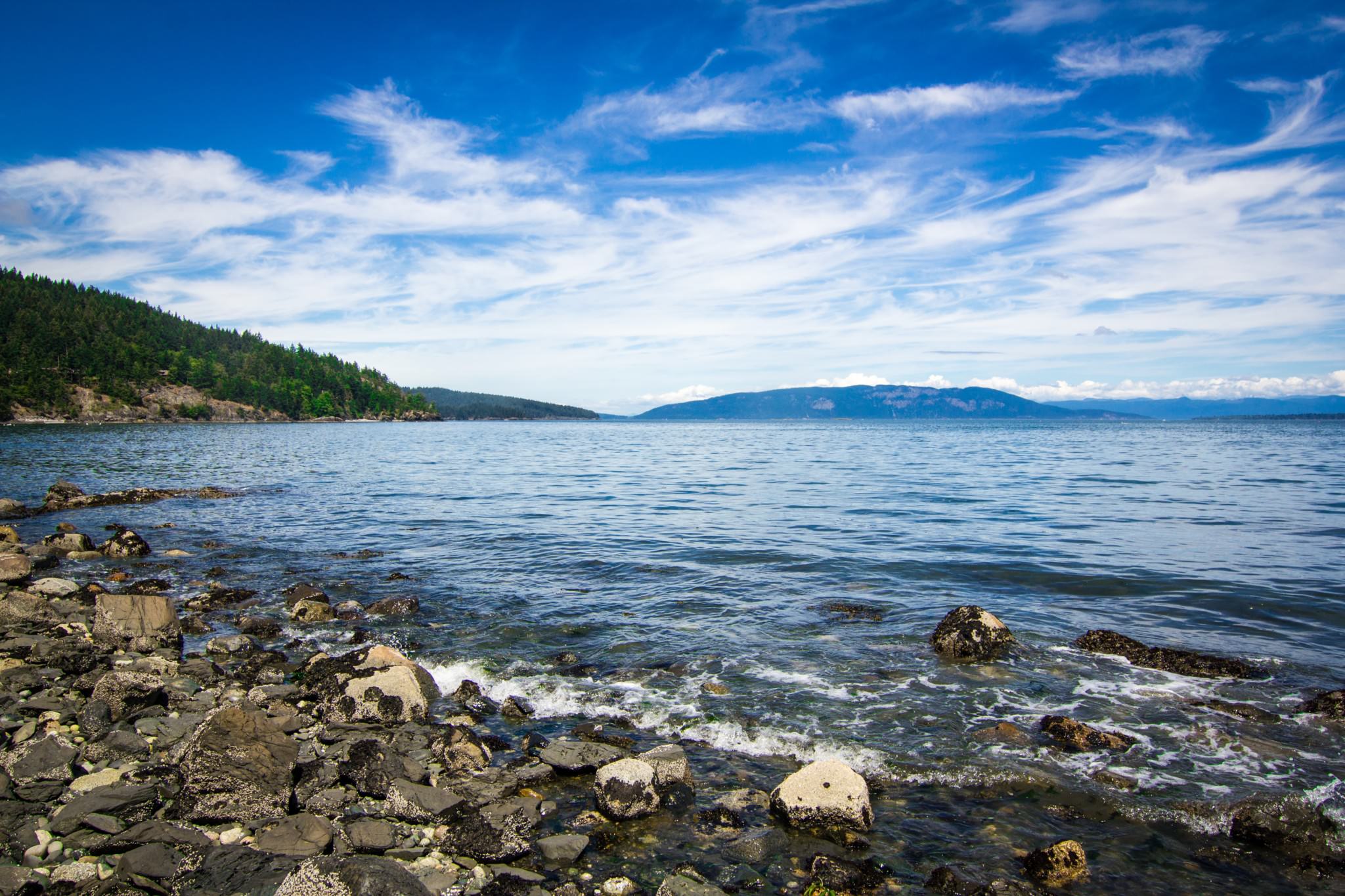 “The view was a mixture of deep blues from the Pacific Ocean, dark greens from the dense trees, and blankets of white puffy clouds in the sky.”

Standing on the ferry deck as we navigated around the San Juan Islands, I was struck with how beautiful everything was. It was a drastic change in scenery and we were already planning on maybe living here at some point in our life. Orcas Island itself is an interesting island. It’s small, the people are friendly and environmentally minded, much of the food is farm to table, and there’s wild deer grazing everywhere.

Day 2: We missed the ferry to San Juan Island so we went to the farmers market on Orcas Island and watched the local parade. It was so quaint. It felt like a scene out of a movie.

Day 3: We made it to San Juan Island! We rented electric bikes to make our way around the island. There were so many more hills than we expected it reminded us a lot of the windsor hills vacation rentals in orlando that we were at not too long ago.. We quickly realized we weren’t going to make it around the whole island before the last ferry on these bikes, so we traded them in for a red little coupe. That thing was a blast! I know we looked totally ridiculous in it. First we stopped at Cattle Point, a beautiful windy point covered in washed up drift wood along the beach. Then we made it to the beautiful lavender farm. I loved walking down the rows of lavender and running my hands through the bushes, they smelled so pretty afterwards. It’s free to enjoy the field. Inside the shop they have everything from lavender perfume to lavender ice cream. We returned the coupe and took the ferry back to Orcas.

Day 4: Fourth of July. We spent it again on San Juan Island. This time we rented scooters so we could ride once around the whole island. As we were leaving the scooter rental place, the guy told us that 1/100 people crash one of their scooters. Guess what… I became that statistic. As I was making a turn, an oncoming car was fast approaching the intersection. To get through the turn faster I sped up and turned sharply which led me to sliding on the asphlat and into the bushes that lined the highway. The guy in his car got out to see if I was okay. I was so embarrassed. At first I didn’t feel anything. Then I felt everything. But I got back up on the scooter and kept going! I didn’t know how hard I hit the ground until I got home. Good thing for helmets. I had large bruises along the whole right side of my body and a deep abrasion to my right ankle. It’s been weeks and it still hasn’t healed. Scars tell stories though, right?

First stop: Lime Kiln National Park. It’s beautiful! Second stop: An oyster farm. David says we should own and run an oyster farm when we retire. Last stop: Rosche Harbor. The scene was something out of Pleasantville. Everyone with smiling faces, patriotic decor, beautiful yachts, picnics on the grass, log rolling competitions… How does this place exist? It was nice but odd in the way that it was so perfect. It was definitely a place worth visiting for Fourth of July. 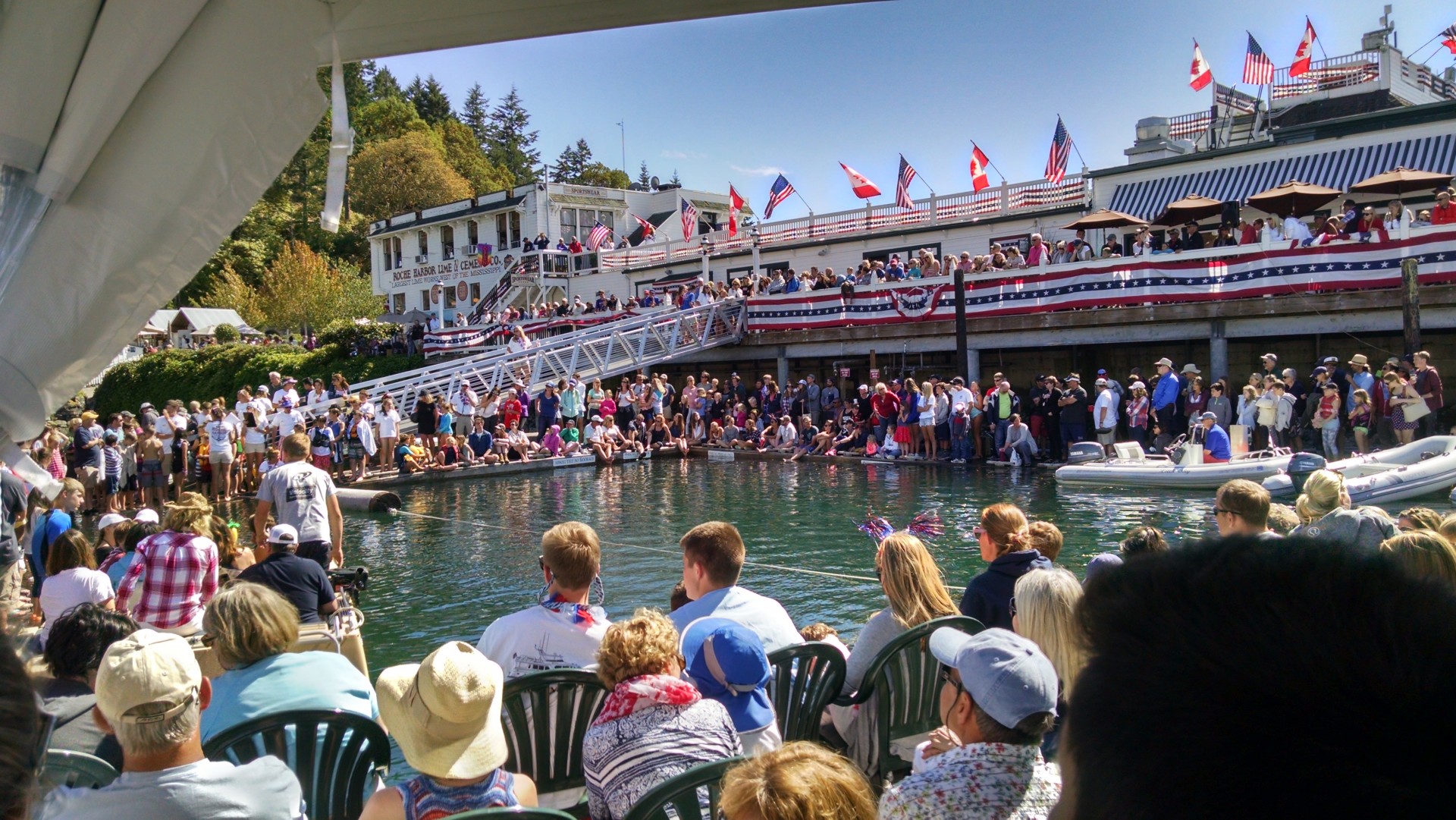 Day 5: We chartered a plane from Orcas Island to SEATAC airport because there weren’t any ferries leaving early enough to catch our plane. The private plane was a pricey but awesome experience, but mostly I’m so glad we made it to the airport in time.

I expect more trips to the Pacific Northwest in our future! ♦

Tip: If you plan on renting scooters on San Juan Island, book them in advance if you’re there during Fourth of July or other popular days.
Like
Tweet
Pin it 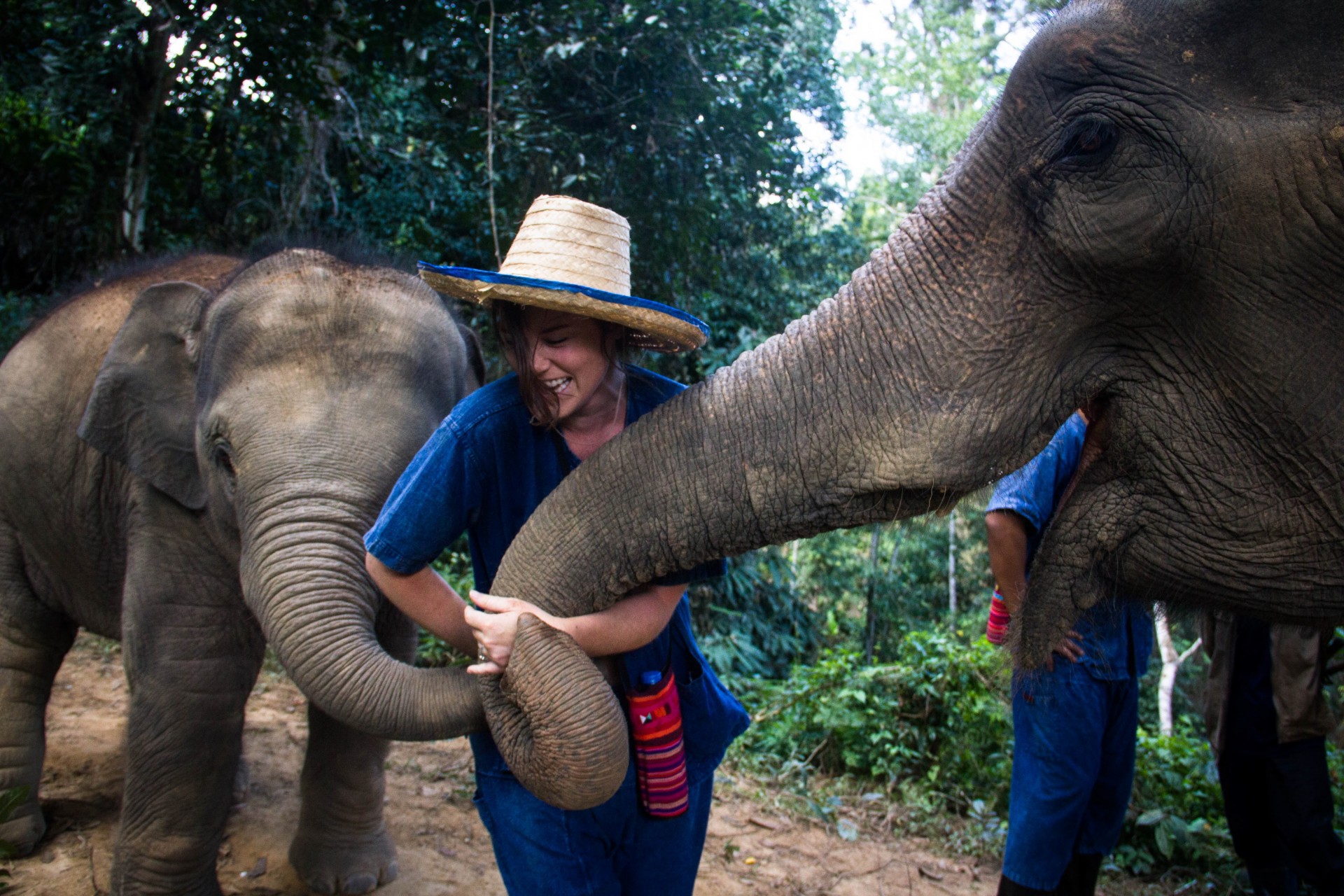 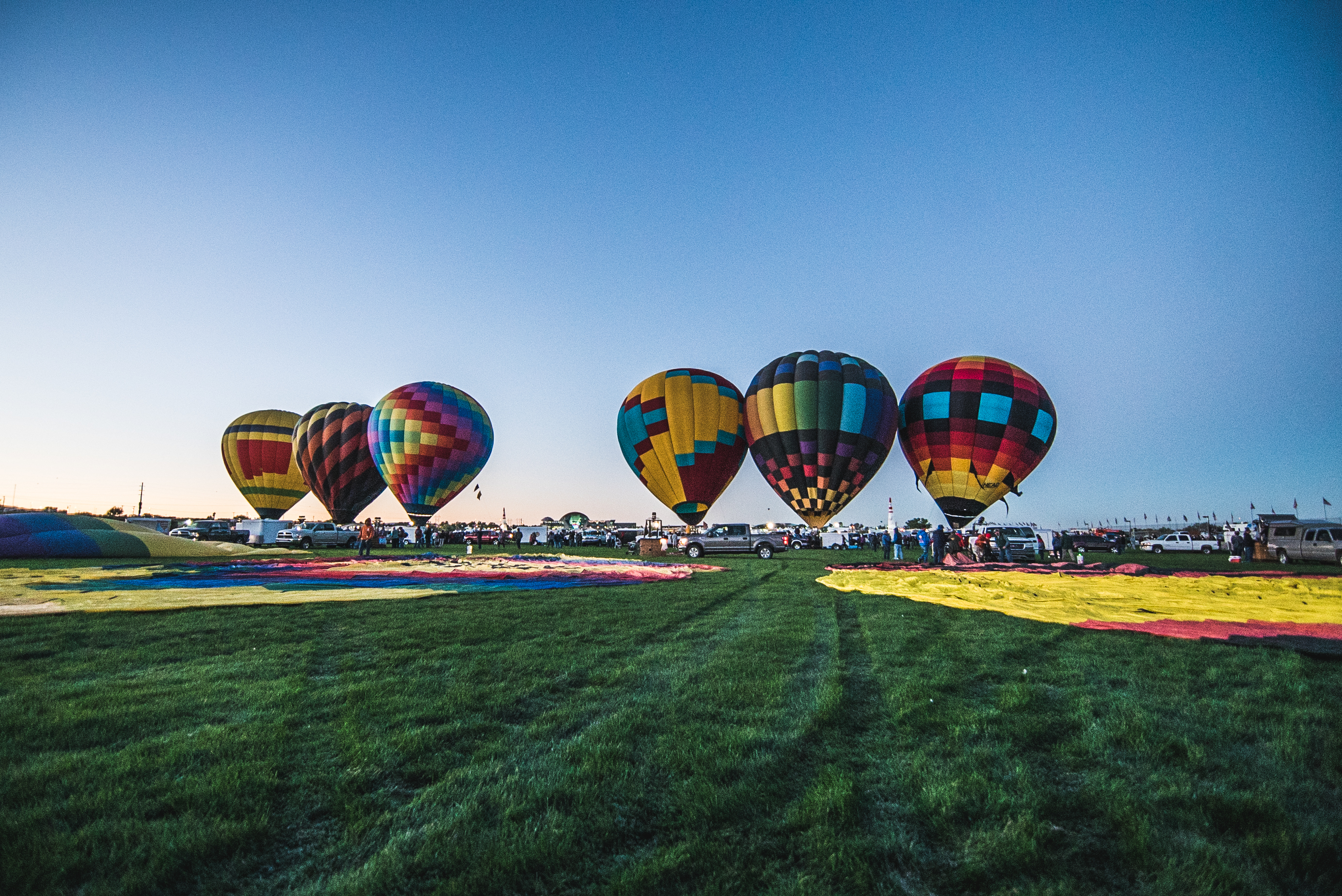 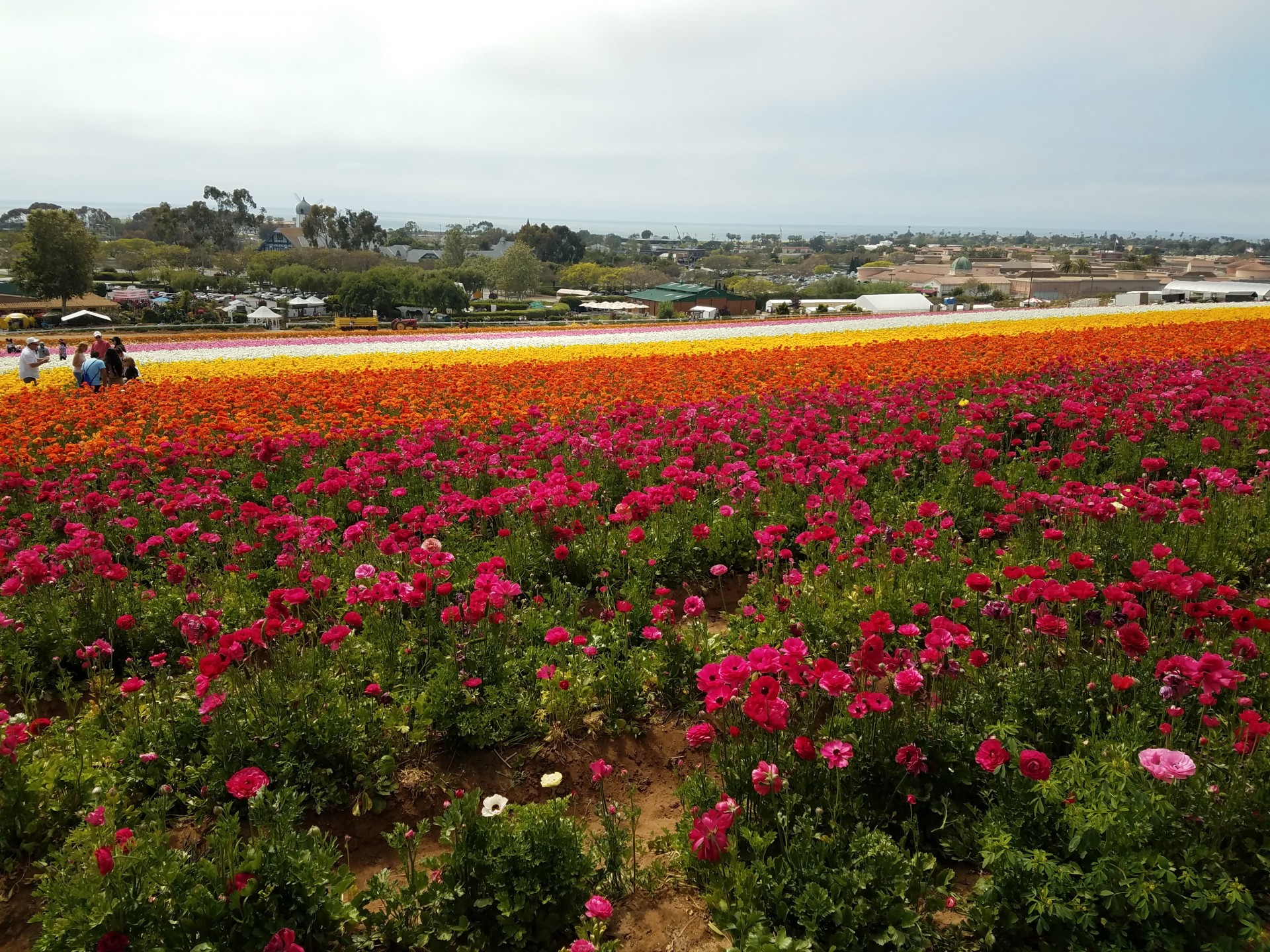 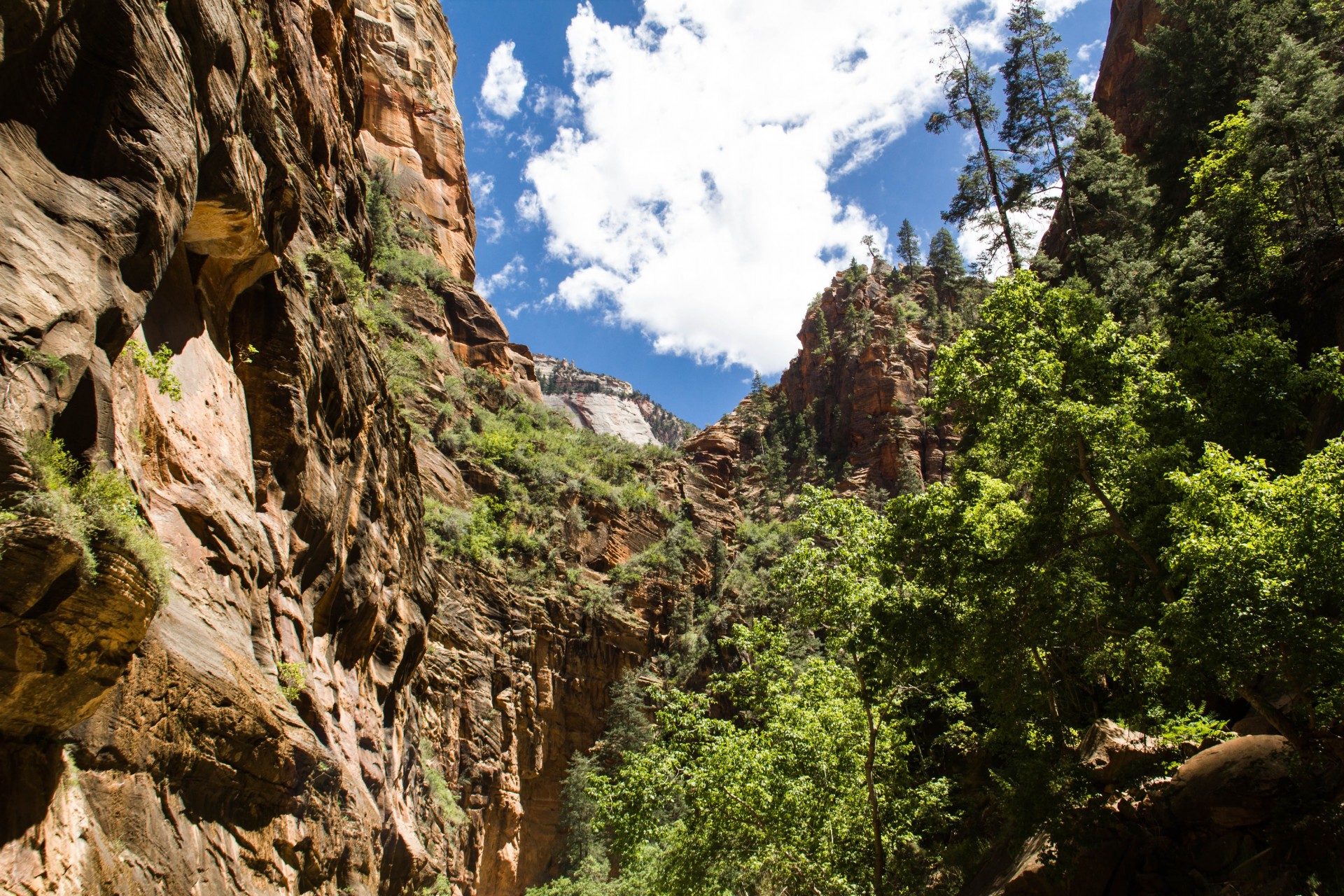 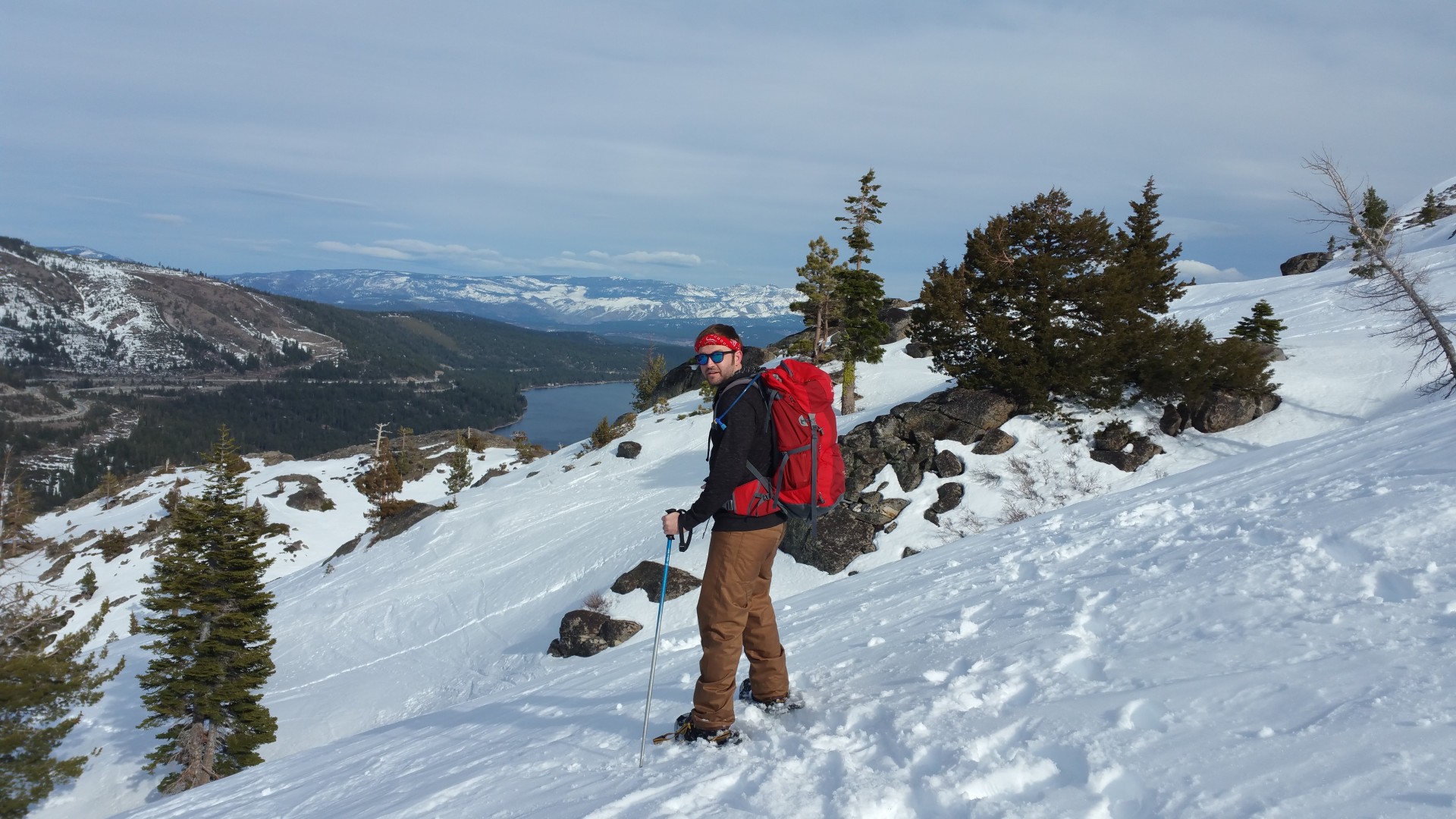